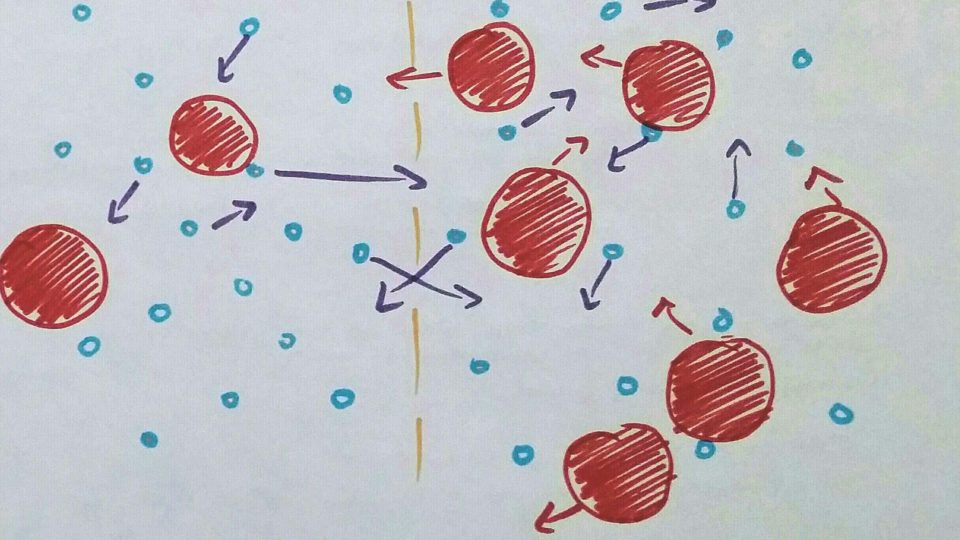 I know that you’ve also done this in your childhood!

Remember the time we saw a slug and an earthworm hugging themselves, and we ran from it as if we were chased by a T-Rex? Not anymore!–hahaha. We have our table salt and now we can watch them suffer for scaring us away.

But that would be very bad, and I feel sorry for them if you’re really gonna do that; I regret I did that to them when I was younger. But it happened anyway so here’s my question about them: Why do they react that way when salt is sprinkled on them? But first, let’s talk a little about why slugs and earthworms are important.

Slugs are very important. They provide food for all sorts of mammals, birds, slow worms, earthworms, insects and they are part of the natural balance. Upset that balance by removing them and we can do a lot of harm. They are also decomposers! (I didn’t know that!) As decomposers, the slugs break down organic matter, thereby releasing nutrients which enrich the soil. This soil may be put to your garden; your plants are gonna be healthy.

While slugs may be slimy, and possibly unwelcome in your garden because of the damage they can do to your plants, these little creatures aren’t poisonous to humans. Mollusks like slugs are generally harmless to handle, but they can carry parasites that can transmit to people.

Some slugs feed on rat feces, where they pick up the parasite Angiostrongylus cantonensis (commonly called the rat lungworm) which causes meningitis in humans. Because slugs can vary in length from a quarter-inch to eight inches, it’s easy to miss smaller ones among unwashed salad greens, vegetables, or fruits. So, to avoid this issue, make sure to wash all of your vegetables and fruits thoroughly, and to wash your hands after handling any wild or pet slugs–or advisably, wash them everytime.

Why are they important? Earthworms decompose organic material, increasing nutrient availability. They also improve soil structure. They open up small spaces, known as pores, within the soil. Their burrowing can lead to increases in water infiltration rates of up to 10 times the original amount. This brings water and soluble nutrients down to plant roots.

Earthworms are made up of many small segments known as annuli. These annuli are ridged and covered in minute hairs that grip the soil, allowing the worm to move as it contracts its muscles. At about a third of the worms length is a smooth band known as the clitellum. Earthworms and their relatives live anywhere there is moist soil and dead plant material. Earthworms are most abundant in rainy forest areas, but can be found in many habitats on land and in freshwater. All earthworm species need moist soil conditions to survive.

Seeing: They don’t have eyes; they do have light receptors which can tell when they are in the dark, or in the light.

Hearing: They don’t have ears; their bodies can sense the vibrations of animals moving nearby.

Thinking and feeling: Worms have a brain that connects with nerves from their skin and muscles.

Now back to the question: Why Do Worms and Slugs Die from Table Salt?

Osmosis is a process by which molecules of a solvent (in this case, water) tend to pass through a semipermeable membrane–from a less concentrated solution into a more concentrated one, thus equalizing the concentrations on each side of the membrane.

Slugs have semipermeable membrane skins. They have a bit of water inside them, and moist outside them. When you sprinkle salt on them, the salt mixes with the water in the mucus (that the slug secretes to help it move around), creating a salt-water solution. That solution has a higher salt concentration on the outside than the inside of the slug, so osmosis occurs. How?

The water from the slug’s skin cells passes through the membranes to dilute the solution and even things out. If you use enough salt, the slug will lose so much water that it dehydrates, dies, and winds up looking pretty shriveled.

Earthworms have the same reason, but an added reason that the slugs don’t have. Earthworms don’t have respiratory organs (like the lungs). They breathe through their skin. And to do that, they always keep their skin moist. It is always moist to capture oxygen so that they can breathe.

But salt is hygroscopic (which means it tends to absorb moisture from the air). So, when it is sprinkled upon an earthworm, the salt absorbs all the moisture of the skin, making it dry; hence, there’s no moisture left for respiration, the earthworm dies of suffocation.

We learned that slugs and earthworms are very important. So will you put another salt particle on them? Don’t be scared from them–they are our friends and the ecosystem’s friends.

One thought on “Why Do Worms and Slugs Die From Table Salt?”